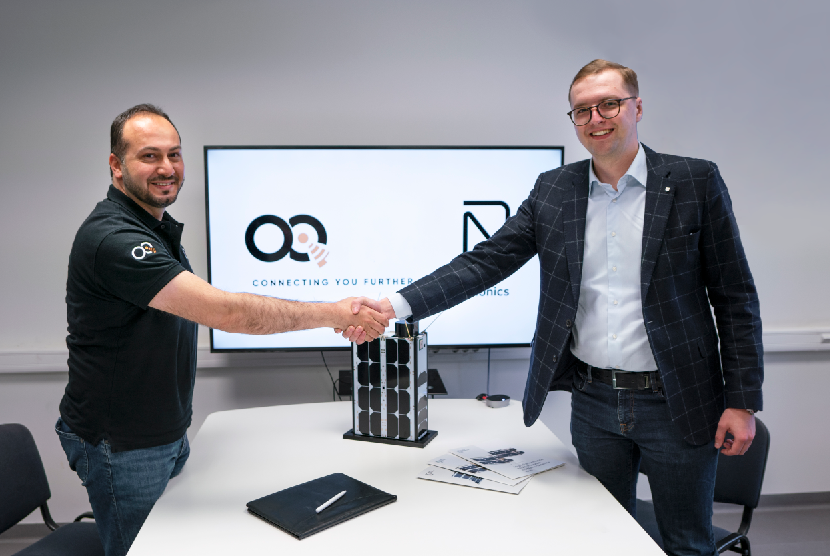 Bremen, 17 November 2021 – 5G IoT satellite operator OQ Technology has announced the upcoming launch of its second ‘cell tower in space’. Ramping up its global satellite constellation for 5G IoT applications, OQ Technology’s latest mission, ‘Tiger-3’, follows the successful launch and tests of its Tiger-2 satellite in June this year. The satellite will be launched in 2022.

“With our Tiger-1 and Tiger-2 missions already in orbit, we are now accelerating the deployment of our satellite network,” said Omar Qaise, founder and CEO of OQ Technology. “Tiger-3 will provide better access, increased capacity and shorter revisit times for our customers. With every launch our satellite and telecommunication capability is improving and becoming more powerful. We will announce further launch missions with more advanced mission capabilities soon.”

OQ’s ‘cell-tower inside the satellite’ technology aims to provide real-time global connectivity with ultra-reliable low latency communication (URLLC) and massive machine type communications (mMTC) for applications in rural and remote areas. The company’s 5G IoT/M2M communication constellation is particularly suited for applications in industries such as oil, gas, logistics, mining and defence. Following the global standard of 3GPP of narrowband IoT (NB-IoT), allows OQ to provide a cost effective and highly scalable system as well as access to a large ecosystem of cellular chip vendors and operators.

“We have been very successful in demonstrating our service to a large base of customers around the globe. We also have received great interest from large enterprise clients that want to partner with us. Together with our existing partners, it will allow us to scale up the constellation deployment with more missions in a very short time.”

In addition to testing the Tiger-2 satellite, the company had recently successfully tested its user terminal in harsh desert conditions. During those tests, OQ was able to collect data from customer assets, connected smart meters to the satellite, tracked mobile assets, and even managed to achieve indoor connectivity and localisation of the device while buried in the sand with no external antennas. Tiger-3 will be hosted on a large macorsatellite of Nanoasatellite

About OQ Technology OQ Technology is the world’s first satellite cellular 5G IoT operator that provides global cellular Internet-of-Things and Machine-to-Machine communication solutions through satellites. The company has successfully implemented and demonstrated Narrowband IoT connectivity over Low Earth Orbit satellites and is deploying a global constellation to provide cellular IoT telecommunication services for mobile operators and customers in industries such as energy, mining, logistics, maritime, agriculture, and defence. The company’s patented technology that can be easily embedded in existing cellular chips allows billions of users around the world to have ubiquitous IoT connectivity anywhere and using both terrestrial and satellite networks. https://www.oqtec.com | https://twitter.com/oqtechnologies | https://www.linkedin.com/company/oqtechnologysarl