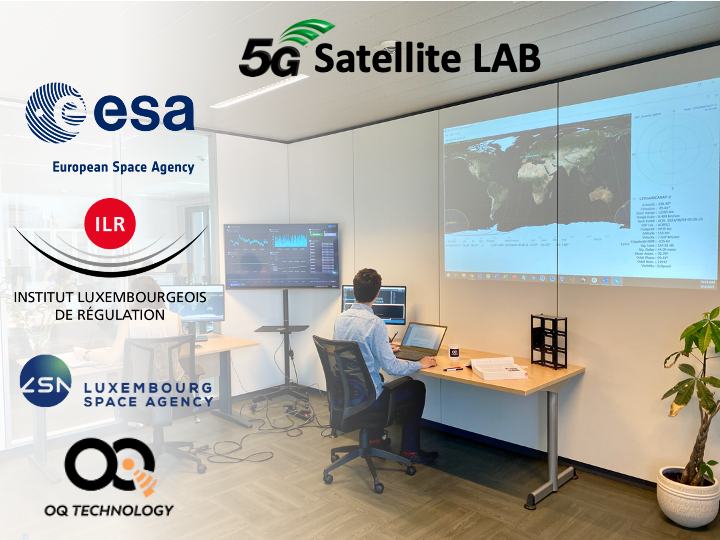 OQ Technology has been granted an experimental license for accessing critical satellite 5G frequencies in Luxembourg. The company applied last year for using part of the terrestrial and satellite spectrum foreseen to be used for complementary satellite and mobile 5G services to accelerate go-to market, to test and improve its commercial product portfolio of 5G IoT user devices, and optimize its cell-tower 5G software stack aboard the satellite payload. The application was approved by the Ministry of Media and Communication and a license was issued by the regulatory body.

1- Two mobile satellite frequency bands, one with global coverage and complementary with terrestrial mobile services while the other is used for a specific ITU region.

2- A band under review by the ITU with its agenda items for the upcoming World Radio Conference to be used for satellite IoT services.

Based on that, and in-line with the company’s recent opening of its LEO Constellation Control Center, OQ Technology is announcing the establishment of the first of its kind European 5G Satellite Test Center where it is located in Leudelange. Combined with the license, the activities in the test field will be used for:

“We are very pleased with this decision and are deeply thankful to the dedicated team of the Spectrum Management department at the Luxembourg regulatory authority (‘ILR’) and to the Minister of Communication and Media - This will give us the upper hand in our product development and market access efforts, we are also looking to use our suppliers and subcontractors products integrated in OQ solution to validate the product. Important also to mention inviting our European clients and mobile operators to witness the quality of our service and how it integrates to their systems” said Omar Qaise, CEO OQ Technology.

The activity is part of the MACSAT mission. The in-orbit pathfinder mission (MACSAT) aims to foster Luxembourg and European space industry partnerships. This contract was funded by the Government of Luxembourg through an ESA contract in the Luxembourg National Space programme (LuxIMPULSE).